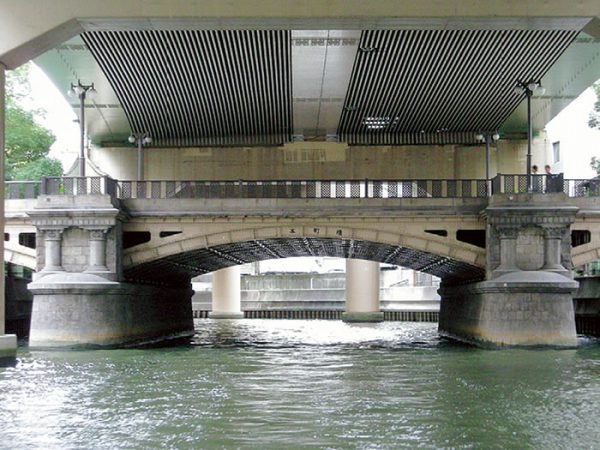 This bridge is said to have been built in 1585 at around the same time that Hideyoshi Toyotomi constructed Osaka Castle. In the Edo period (1603 to 1867), this bridge was under the direct control of the Tokugawa Bakufu government. The current bridge was built in 1913 when Hommachi-dori Avenue was extended, and is a valuable historical relic of a stone-built bridge.

The owners are a brother and sister duo who grow pesticide-free, seasonal ingredients and offer meal …

Michio Doi made inroads into the financial world with the introduction of Tomoatsu Godai, and succee …

Connecting the fashion center of Shinsaibashi to the business area of Honmachi, this row of 88 shop …