The Statue of Katsutaro Inabata 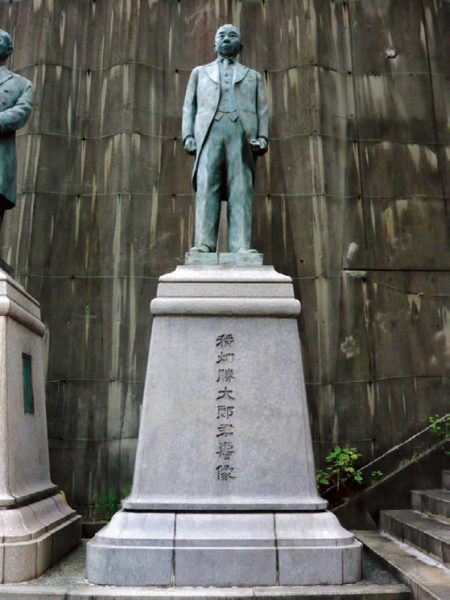 Katsutaro Inabata was born in 1862. He was a businessman who imported dyes from France, which were used to color Japanese army uniforms khaki. During his studies in France, he was a classmate of the Lumiere brothers who invented cinema. Because of this, Katsutaro Inabata was the first person to import and show films in Japan, which played a great role in the modernization of Japan.

Tomoatsu Godai was born in Kagoshima Prefecture in 1835, and was appointed to Osaka as the Judge of …

Miki Gakki is said to be Japan’s oldest musical instrument shop. Built in 1925, the Kaiseikan …