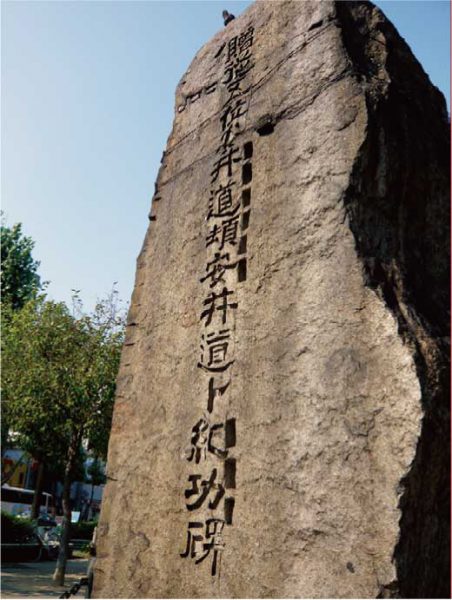 Yasui Doton was in charge of construction of Osaka Castle. As a reward, he was given wasteland in which he invested all of his private money to excavate a river. After his death, his son, Doboku, carried on and completed this undertaking in 1615. This river was originally called South Horikawa, but was renamed
“Doton-bori” by Tadaaki Matsudaira, Lord of Osaka Castle, in praise of Doton’s meritorious efforts.

Four-M is a new style of photo studio. You can experience Japanese culture from cosplay to kimono ev …

Tsunetomi Kitano was an artist from Kanazawa. He rendered great services to the Naniwa “ukiyoe …

This literary monument was erected for Monzaemon Chikamatsu , the famous Edo period （1603 to 1867） w …