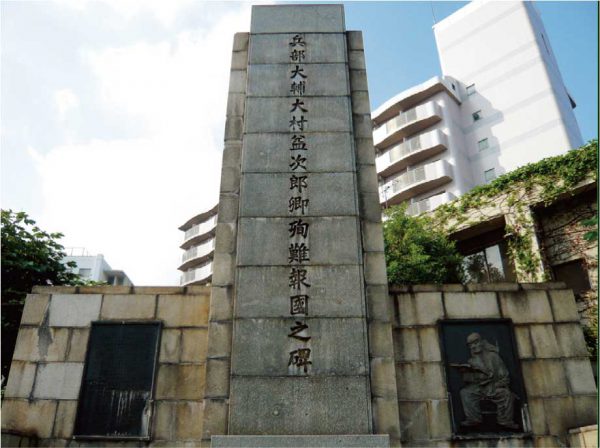 Masujiro Omura was born in 1824. He studied at “Tekijuku” private school in Osaka where he learned medicine and the Western sciences. He became well versed in military science, and was chosen as command-in-chief of the army and navy in the Meiji period (1868 to 1912). During his appointment, he worked to
establish a modern land military system and train up soldiers. He died in hospital in Osaka after being attacked by a conservative group in Kyoto.

Site of the Warehouse of Sagami-no-kami Tsuchiya

Masanao Tsuchiya served the four Tokugawa Shogun generals, and assisted in the birth of General Yosh …