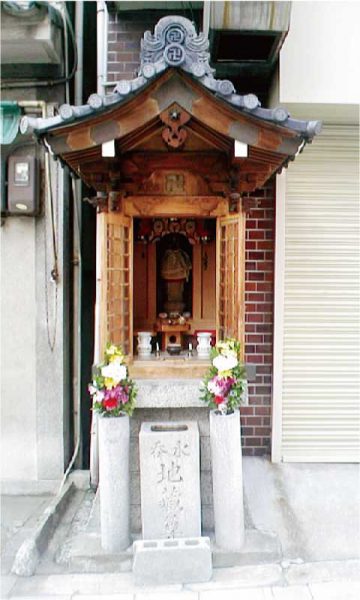 It is said that people who moved to this area during the building of Osaka Castle around 1590 brought this statue from its original location in Yao City. Though it was burned to the ground in the air raids on Osaka during World War II, it was rebuilt in memory of those who fell during the war. Memorial services are still held here.

Site of the Warehouse of Sagami-no-kami Tsuchiya

Masanao Tsuchiya served the four Tokugawa Shogun generals, and assisted in the birth of General Yosh …