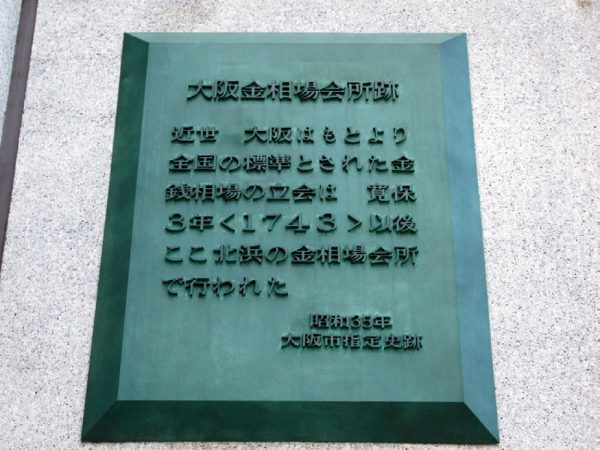 In the Edo period (1603 to 1867), coins came in three different denominations “kin,” “gin” and “sen,” and it was the function of the Osaka Gold Exchange Market to determine the exchange rate between these denominations. “kin” was mainly used in Kanto or Eastern Japan, while “gin” was the main currency in Kansai or Western Japan. The Osaka Gold Exchange was closed at the beginning of the Meiji period (1868 to 1912), and the Osaka Securities Exchange was opened on its site.