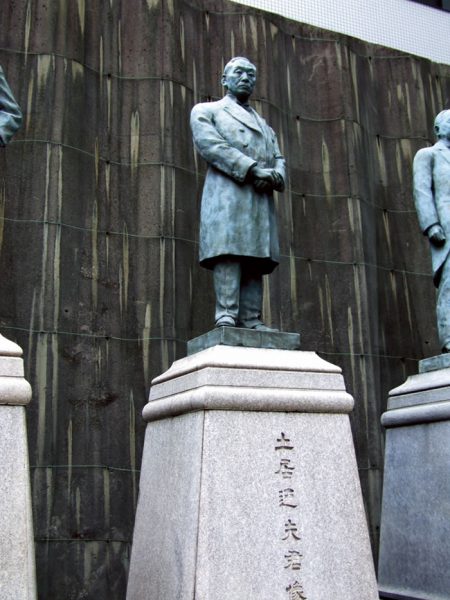 Michio Doi made inroads into the financial world with the introduction of Tomoatsu Godai, and succeeded in attracting the 5th Industrial Exposition to Osaka in 1903. At the time, he visited the Paris Exposition, and constructed the Tsutenkaku Tower in the image of the Eiffel Tower. A talented businessman, he was an executive director of six companies and held seven public posts.

The Site of Inari Shrine Bunrakuza

In the Edo period（1603 to 1867）, Semba was where influential merchants gathered. Puppet performances …

The Statue of Katsutaro Inabata

Katsutaro Inabata was born in 1862. He was a businessman who imported dyes from France, which were u …

There are five gods enshrined in this historical shrine dedicated to ceramics &pottery. On the w …