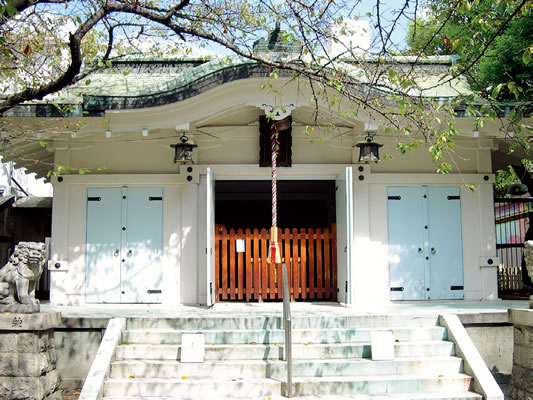 This shrine is located in the middle of Americamura,an area popular with young people.”Mitsu” in its name means “port,” which suggeststhat the sea came inland up to here inolden days. The history of this shrine is saidto date back to a divine spirit from Oita Prefecturelanding here at the time of the buildingof the Great Statue of Buddha in Nara. It iscurrently the guardian god of Osaka’s MinamiArea.

This block, 350 meters from east to west on the north side of the Dontobori River, is the hub of  n …

All food is Halal. We have English and Arabic speaking staff. The owner is an Indian Muslim, and we …

This shrine is said to enshrine EmperorNintoku. Though it prospered under the patronage of Hideyoshi …