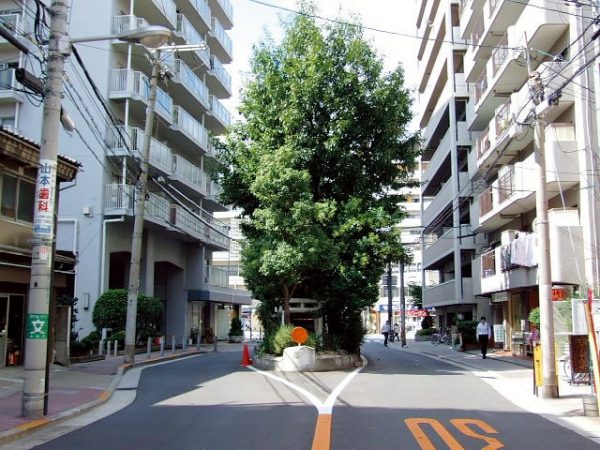 This big tree grows out in the middle of a road.
Originally, this was the site of a temple which was moved when the road was widened.
This sacred tree was left because it was thought that those who cut it down would be cursed.
It is also enshrined as the “Tanimachi Camphor Tree.”

Saikaku Ihara was born in Osaka in 1642. The “Koshoku Ichidai Otoko” (or, The Man Who Sp …