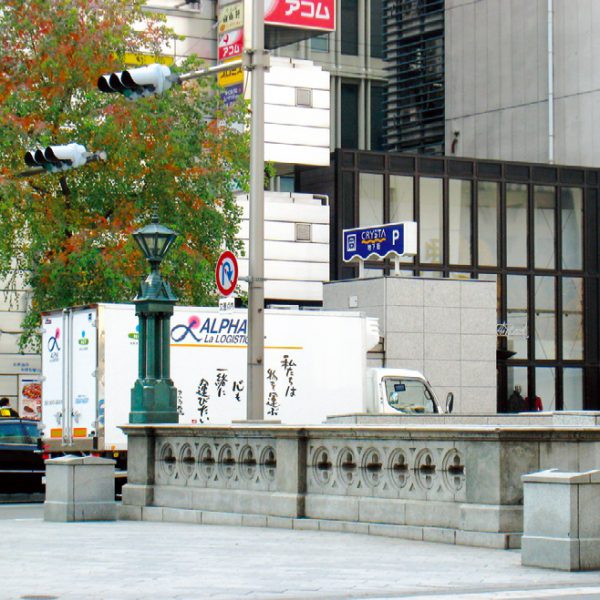 This bridge was built in 1622 by Shinsai Okada, after whom it was named. In the Edo period (1603 to 1867）, it was a majestic wooden bridge. The current bridge uses the stone masonry that was used in the Meiji period (1868 to 1912) Its gas lamps have recently been restored.

This block, 350 meters from east to west on the north side of the Dontobori River, is the hub of  n …

The Site of Inari Shrine Bunrakuza

In the Edo period（1603 to 1867）, Semba was where influential merchants gathered. Puppet performances …

Connecting the fashion center of Shinsaibashi to the business area of Honmachi, this row of 88 shop …