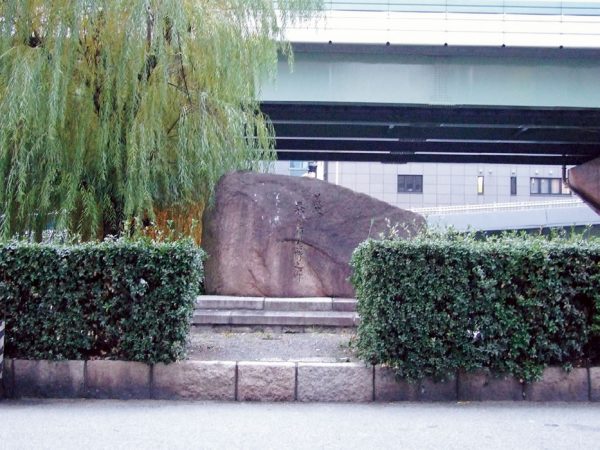 Rihee Amanoya appeared in the “Chushingura,” the story about the faithful retainers who died for their master that was based on actual fact in the Edo period (1603 to 1867). The “Chushin-gura” is one of the most wellloved stories in Japan. Rihee Amanoya sided with Kuranosuke Oishi, the hero of this story, out of a deep sense of duty. Actually, however, he is regarded as being a fictional character. This monument was erected in 1939.

This is the temple of the Jodo Shinshu Honganji Buddhist Sect. Rennyo, the 8th generation head of t …

Matsuo Basho, the famous “haiku” poet, was born in 1644. Together with Saikaku Ihara and …

Michio Doi made inroads into the financial world with the introduction of Tomoatsu Godai, and succee …