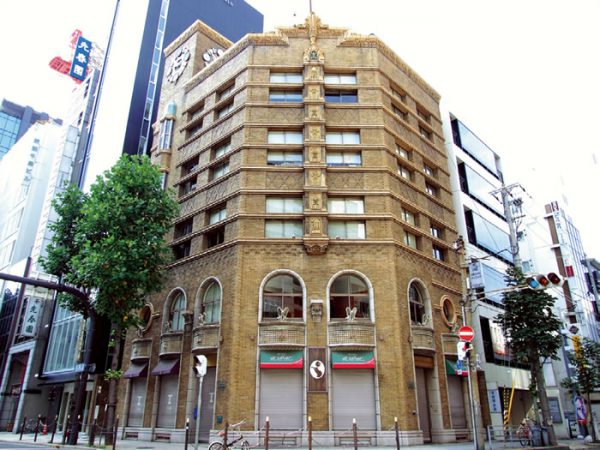 This stone-built building was completed in 1930 when art deco was in its heyday around the time of the Paris Exposition. It was originally a watchmaker’s, which accounts for the clock tower on its roof. The bay windows on its 3rd, 4th and 5th floors and circular window on the 2nd floor were designed to imitate a grandfather clock, while seven eagles on each of the windows on the 2nd floor look down on the surrounding area.

This Spanish-style building was constructed in 1921 as the private residence of Genjiro Noda, the pr …

Built in 1900, this is an excellent example of a black-lacquered wooden “omoteya tsukuri&#8221 …

This bridge was originally constructed at the beginning of the Edo period (1603 to 1867). When it wa …