The Site of Private School Hakuenshoin 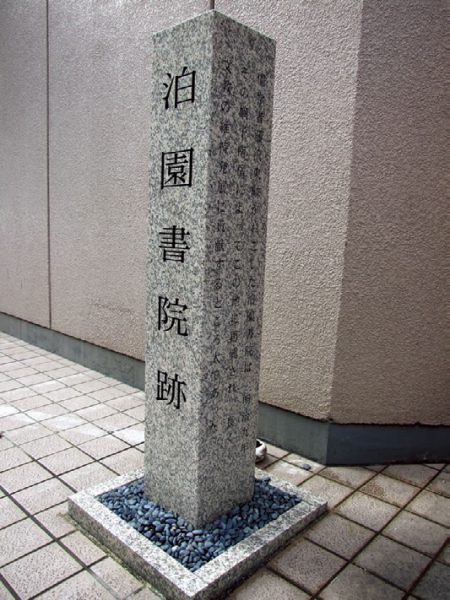 This private school was founded by the Confucian scholar, Tohgai Fujisawa, in 1825. Here he taught Chinese classics to the general public. Four generations, starting with Nangaku, Kohkoku through to Koha continued to teach here for 140 years until the closing of the school in 1949. The collection of books exceeding more than 20,000 titles is archived in the Kansai University as the “Hakuen Bunko（library）.”

This building complex, combining offices and housing, was completed in 1925, and attracted attention …