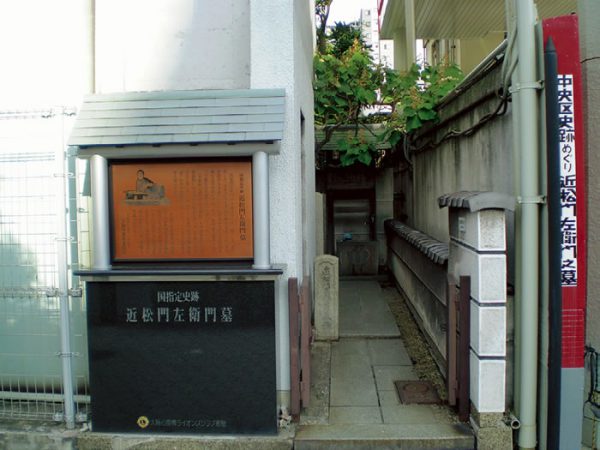 This playwright was born in 1653, and was called the “Shakespeare of Japan.” Monzaemon Chikamatsu published lots of tales that depicted tragedy between men and women. These affected people so much that suicides happened frequently, and so performances of his plays were prohibited by the Tokugawa Bakufu government. Monzaemon Chikamatsu died soon after.

This big tree grows out in the middle of a road.  Originally, this was the site of a temple which w …

Tombs of the Nakai Family