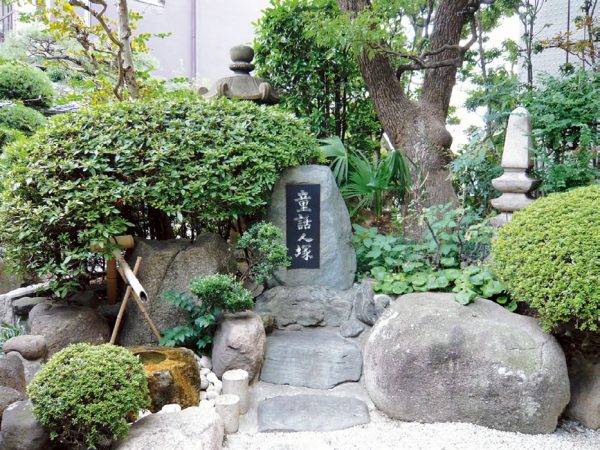 This monument was erected in 1974 by associations including the Kinki Nursery Tale Culture Federation and Osaka Children’s Culture Association. A memorial service is held once a year for those who have been involved in children’s literature and nursery tales.

This playwright was born in 1653, and was called the “Shakespeare of Japan.” Monzaemon C …

This big tree grows out in the middle of a road.  Originally, this was the site of a temple which w …

Saikaku Ihara was born in Osaka in 1642. The “Koshoku Ichidai Otoko” (or, The Man Who Sp …