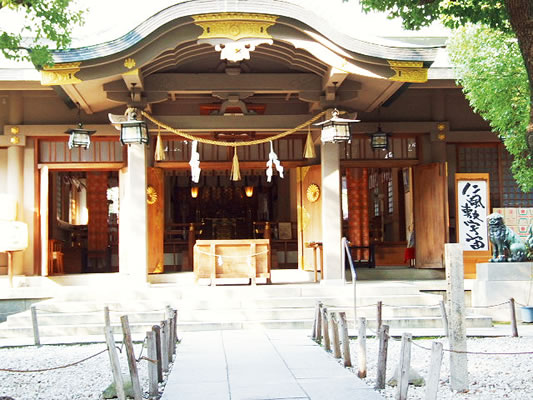 This shrine is dedicated to Emperor Nintoku. Its beginnings stretch back to when the shrine building was built by the Emperor Seiwa in the early part of the Heian period (794 to 1185) on the site of the Naniwa Kozugu Palace. When Osaka Castle was constructed, the shrine was moved to its present location. A summer festival held here, with its portable shrine and various offerings and performances, adds a poetic charm to the place.

Masujiro Omura was born in 1824. He studied at “Tekijuku” private school in Osaka where …