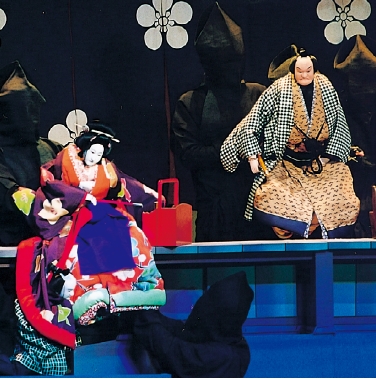 The puppet theater was founded in Osaka about 140 years ago by Bunrakuken Uemura  and soon became very popular. Finally, his name “Bunraku” became the name used and associated with traditional Joruri puppet theater, in which three puppeteers work a single puppet to create complicated but delicate movements and express a wide range of emotions. This theater is recognized on the UNESCO World Intangible Cultural Heritage List.

This temple was erected in 1933 as Osaka’s first concrete-built temple. This was so novel at t …

The Site of Private School Shikando

Though from a poor family, Sohkichi Hashimoto was an enthusiastic and talented scholar. He was spons …