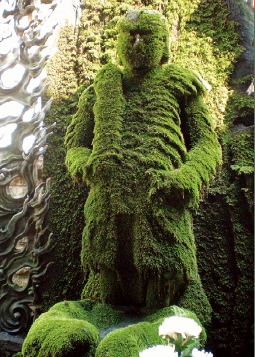 Reconstruction of this historic bridge was completed in November, 2007.  The giant neon signs on it …

A cute, cat mascot awaits your arrival after you enter under the distinctive tiled roof entrance. S …

This shopping district is very close to the famous Namba Grand Kagetsu (NGK). The place is dotted w …

Suifu Kishimoto was a “haiku” poet and copywriter. One of his most visibleachievements i …