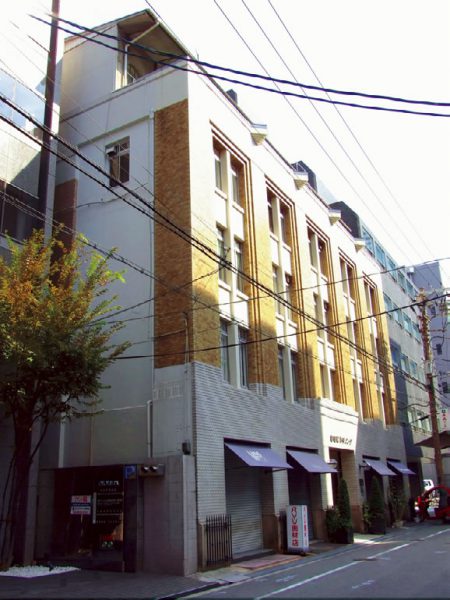 This building complex, combining offices and housing, was completed in 1925, and attracted attention for its novel architectural style. An inner garden was provided as an atrium in the center of the building, which was surrounded with corridors on each of the floors around it. This building was the first of its kind in Osaka to be equipped with modern fixtures such as flushing toilets and wall-mounted heaters.

The Site of Private School Hakuenshoin

This private school was founded by the Confucian scholar, Tohgai Fujisawa, in 1825. Here he taught C …