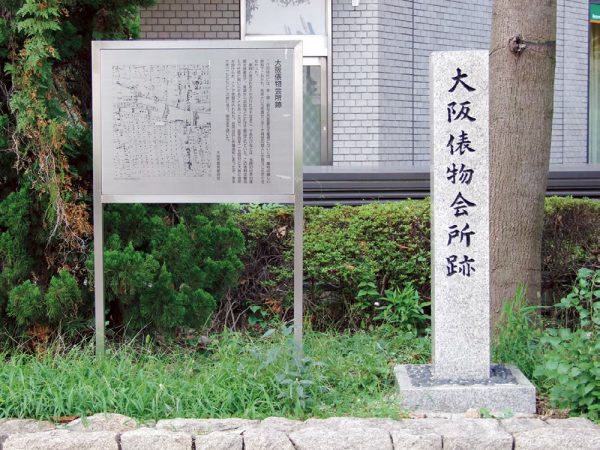 This “club” was established in 1747 and was moved to the site of this stone monument in 1777. This storage warehouse originally dealt in high-class specialty goods that were used for export and trading payments. This “club” continued until the beginning the Meiji period (1868 to 1912) when it started to deal in “konbu” or dried seaweed, for which Osaka became famous.

This museum was opened on the 3rd floor of the Sukunahikona Jinja Shrine office. On display are medi …