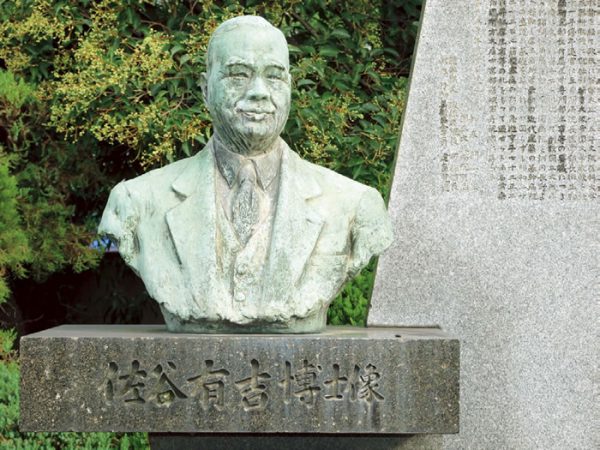 Yukichi Satani graduated from the Tokyo University School of Medicine and went over to the United States to further his studies in 1918. After his return to Japan, he devoted his efforts to modernizing the Urology Dept. of Osaka University. After his post as Dean of Osaka University Hospital, he became head of the Osaka National Hospital in 1937.

This monument was erected by a comrades-in-arms association in 1922. The Japanese “gokuchu&#82 …