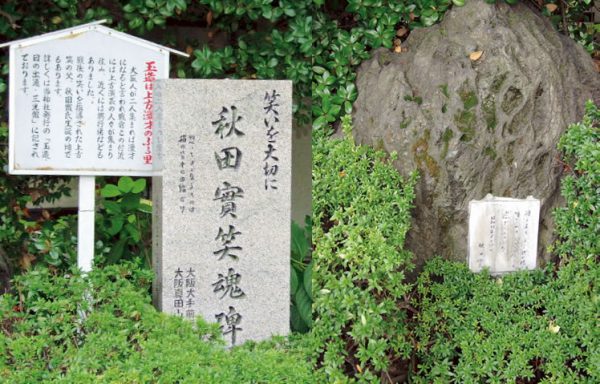 Minoru Akita was a script writer and trained many “manzai” comic dialog or come dy duos . His extensive efforts helped establish the foundation for “manzai’s” current popularity. Tamatsukuri Inari Jinja Shrine, where this monument is erected, is where he used to play as a child.