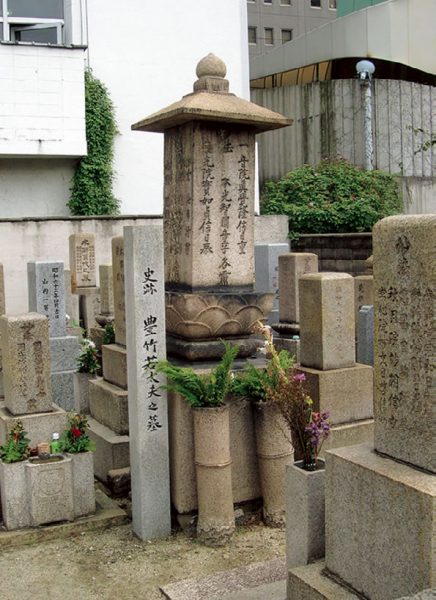 Wakatayu Toyotake was apprenticed to the Joruri puppet theater master, Gidayu Takemoto. He was popular because of his beautiful voice and elegant manner. He parted ways with Gidayu Takemoto and founded his own Toyotakeza Theater in 1703. Competition with the Takemotoza Theater made this a golden age for Joruri puppet theater. One year after his death, the Takemotoza Theater disbanded, followed by the Toyotakeza theater two years later.

Four-M is a new style of photo studio. You can experience Japanese culture from cosplay to kimono ev …

This literary monument was erected for Monzaemon Chikamatsu , the famous Edo period （1603 to 1867） w …

Legend has it that, when Nintoku ascended to the Emperorship, Dr. Wani presented this monument toget …