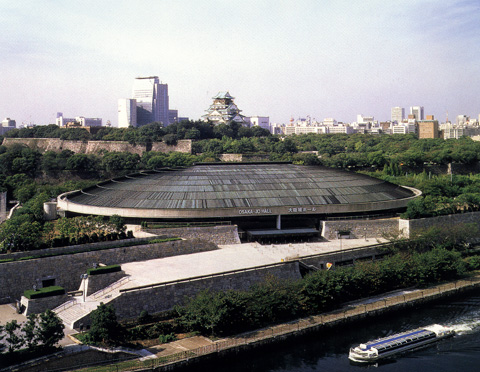 This hall was built in 1983 as the main venue of the “Osaka Castle 400th Anniversary Festival” in 1983. The arena area has a capacity of 16,000. Its dome roof is designed lower than the Castle & surrounding stone walls. Its exterior was built using the same granite stone as was used in the construction of the castle& its surrounding walls.

This is the site of the well that was in the residence of Lord Ecchu Hosokawa. Immediately before th …