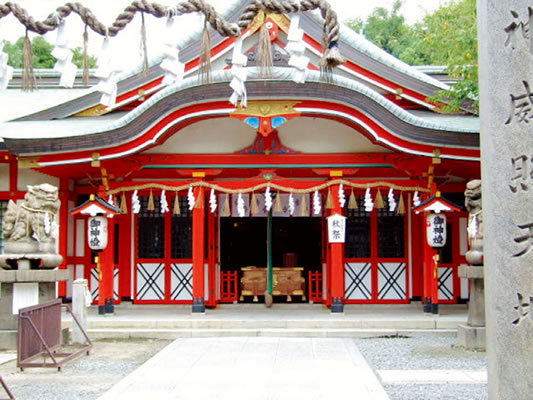 Originally dedicated to the goddessof food, clothing and shelter,about 2,000 year ago, this shrineis visited by those wishing successand prosperity in business, peace in the home and prosperity for theiroffspring. Tea ceremonies used tobe held here occasionally by thefamous tea ceremony master, RikyuSen, since good water could beobtained nearby.

This painting was made in the latter half of the 16th century, and depicts Princess Tamahi, the wife …

Originally built in Nakanoshimain 1879, this shrine moved to its current location in Osaka Castle Pa …