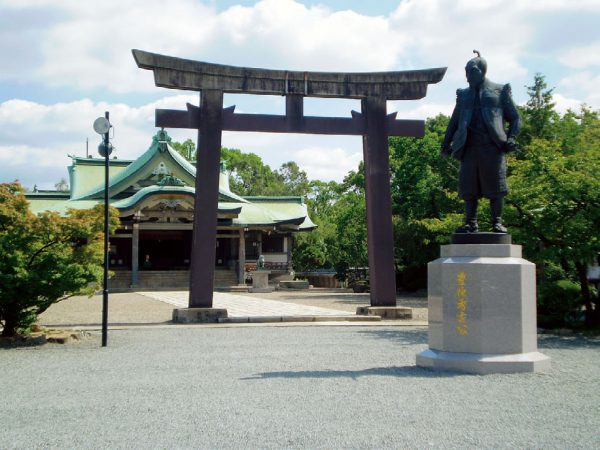 Originally built in Nakanoshimain 1879, this shrine moved to its current location in Osaka Castle Park in 1961 where its grounds almost tripled in size. In 2007, a new statue of Hideyoshi Toyotomi was completed in its grounds, and has become a popular tourist attraction.