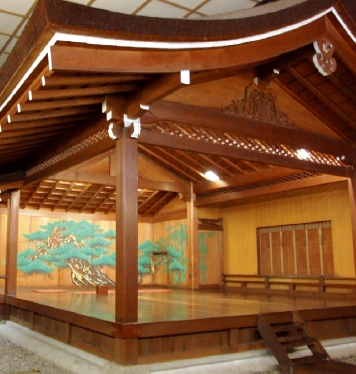 This theater was originally built in 1927 by Mr. Hiroyuki Yamamoto, and was burned to the ground in the air raids on Osaka during the World War II. It was rebuilt as a 3-storey wooden building in 1950 with a gable-roofed Noh stage in the 1st and 2nd floor atrium. You can visit the stage and experience Noh theater if you make an advance reservation.