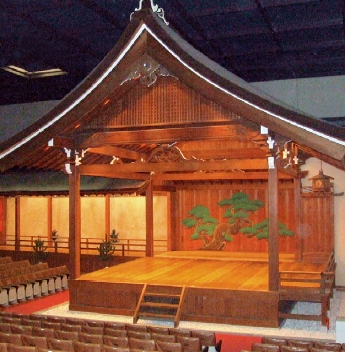 “Noh” theater is musical theater consisting mainly of singing and dancing by a leading actor with a chorus (jiutai) and musical accompaniment (hayashi-kata).  A distinctive feature of Noh theater is that the actors wear masks. English translations of the cast and a summary of the plot are provided with some performances. 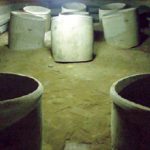