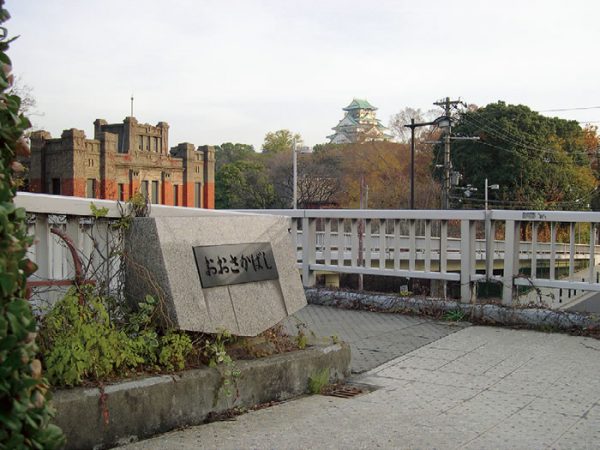 During excavation works on the Higashi- Yokobori-gawa River in 1925, an onion jewelshaped pedestal was found here, engraved with the name “Os ak abashi Bridge” in Japanese and the Japanese year period corresponding to the year 1585 in the Western calendar. This pedestal was archived in Osaka Castle’s keep until it was lost in the post-War confusion. The exact location and scale of Osaka Bridge is still unknown.

This monument is said to have been named by Prince Shotoku（574 to 622）, and is erected in Morinomiya …

This monument was erected by a comrades-in-arms association in 1922. The Japanese “gokuchu&#82 …