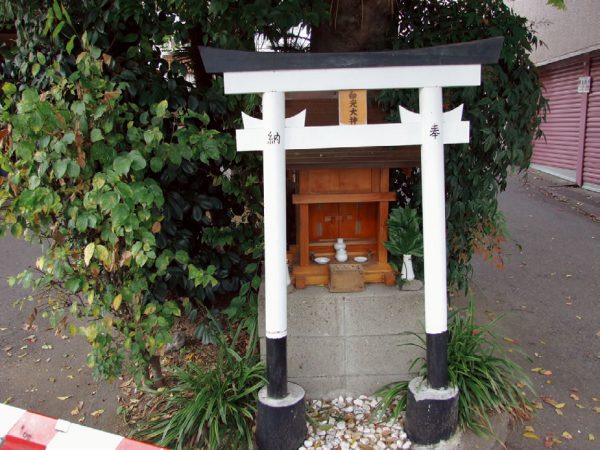 This tree stands in the middle of the road directly in front of the Tamatsukuri Inari Jinja Shrine.
People worship the white snake that lives in this tree.

The Site of Osaka English School

This is the site of Osaka’s first English school. Originally, this was the Osaka Kaimei School …