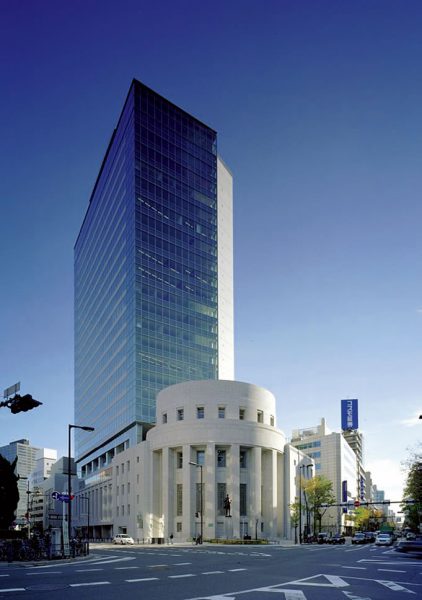 The former Osaka Securities building built in 1935 deteriorated and was replaced with this 24-storey high-rise building. It inherited the dome facade, which was a symbol of the former building, and the securities plaza inside the dome and both wings of its external facade were reproduced.

Built in 1900, this is an excellent example of a black-lacquered wooden “omoteya tsukuri&#8221 …

The Site of Osaka Ginza