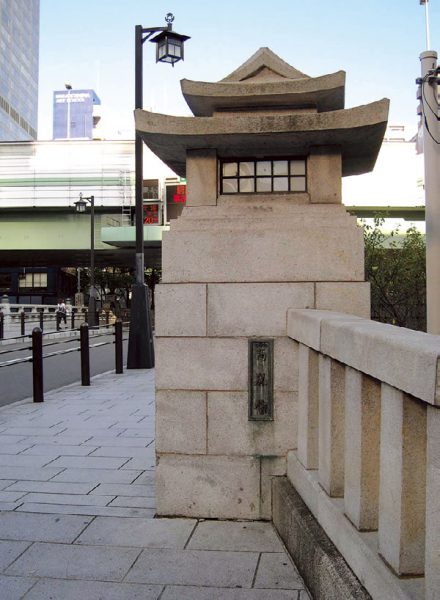 This bridge was built across Higashi -Yokobori-gawa River, which is roughly the outer moat of the Osaka Castle, at the same time as the building of the castle in 1583. Its name, apparently, derives from the fact that this area was the center of trade with Korea at the time. In the Meiji period (1868 to 1912), it was rebuilt as an English-made iron bridge, and arches were added to create its present form in 1929.

This bridge in its present form was built in 1915. The famous Lion Statues, each standing 3.5 m high …