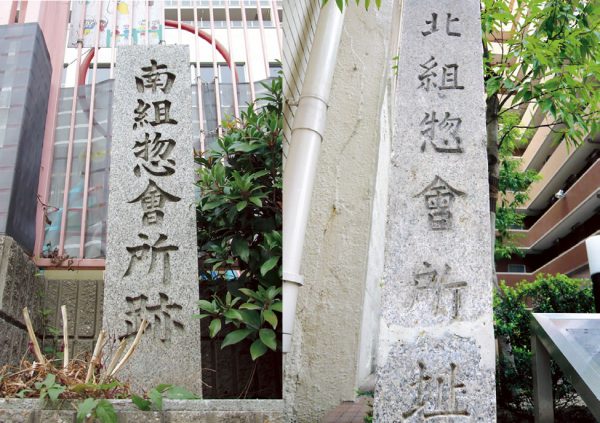 In the Edo period (1603 to 1867), Osaka used to be divided into three “kumi” or groups – North, South a nd Temma Group. In each group, was located a “sokaisho” where they used to conduct local government business and affairs. These correspond to today’s city offices, law offices, fire brigades, and police stations. This form of government administration began in 1619