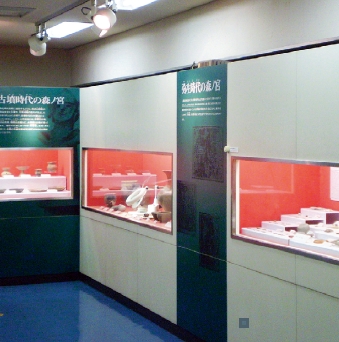 More than 10,000 years ago, most of Osaka was undersea. It is said that this area was a headland. In excavations of “shell mounds” or the ancients& its rubbish heaps, the bones of 17 humans have been found. The human remains of Osaka& its so-called “First Citizen” are on display at this exhibition room.

The Site of Sho-Nanko Battle

In the 13th century, Mas at sur a Kusu – noki won a great victory in a battle fought here. Leg …